SEPANG, July 19 ― Some flight attendants are now terrified of taking to the skies after Flight MH17 was shot down, the National Union of Flight Attendants Malaysia (Nufam) said today. 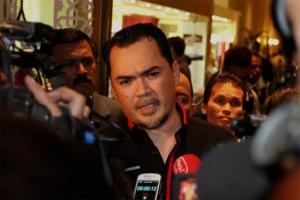 “We’ve received reports of crew members being unable to fly for reasons of being affected,” Ismail told a press conference here.

“We must find the truth to this act of mass murder,” he said, adding that he did not have the number of flight attendants who are now afraid of flying.

Flight MH17 is believed to have been struck on Thursday by a missile in a region in eastern Ukraine controlled by pro-Russia separatists, killing all 298 on board.

There were 283 passengers and 15 crew members aboard the Boeing 777 commercial jet.